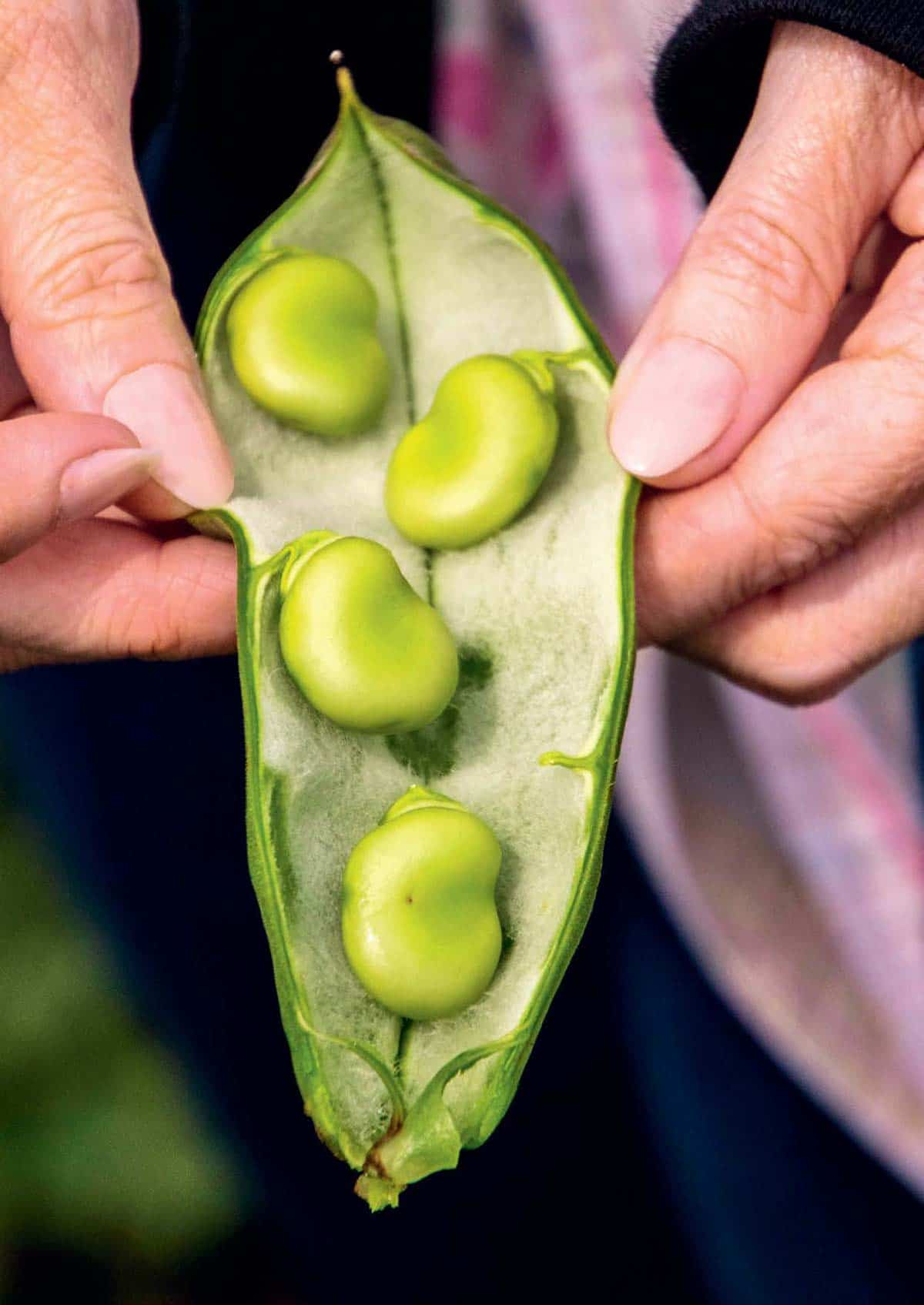 Vicia fava – vicia was the name for vetch in Latin and fava for the bean itself.

Broad beans have been cultivated since prehistoric times in Europe. They were unearthed in the ancient city of Troy, found in Egyptian tombs as well as with Bronze Age artefacts in Switzerland, so their exact origin is difficult to determine. It is recorded that Romans used them as voting tokens and they reached China by the first century CE.

Broad beans are a hardy frost-tolerant plant. They are also called horse beans, fava beans and, in northern Africa where a smaller version is common, tick beans.

Broad beans respond well to the addition of compost and moderate soil moisture. May to July is the best time for planting in most areas, and prune the tops when the plant is half-grown to encourage branching.

They’re tall plants that require staking, broad beans are best planted in double rows or blocks to support each other. This negates the need to stake individual plants, allowing growers to support crops with string using a stake at each end.

Like most beans, broad beans are self-pollinating, though cross-pollination can occur. If you’re growing more than one variety, several hundred metres is a fair distance to ensure they stay true to type. The first pods to form are best for seed, as they are the largest. Allow the pods to dry on the plant and choose those from the most vigorous plants. Shell out the beans and dry on a rack until biting the seed only produces a little mark.

Seed can last for up to ten years but only if kept in conditions with low humidity and constant temperature. Properly dried beans stored in an airtight jar and put in a cool spot for four years have a 90 percent rate of germination. But only half would germinate if kept at room temperature.

The pods can be picked at different stages of growth to give different results. Picked young, the whole pod can be eaten raw, but as they get older you’ll need to shell the beans and cook them. Broad-bean tops are great in a salad and a tasty substitute for spinach. The dry beans ferment vigorously to a very palatable wine, and a paste made from water and the powder of one or two dried beans which has been left to ferment is a traditional sourdough starter.

For colder areas, there are the long-podded broad beans with up to eight beans in a pod, which are ready for planting from early to late autumn. Examples are Early Long Pod, Polar and Acquadulce, as well as Longfellow which can produce as many as ten beans in a single pod.

Red Epicure is grown for its chestnut flavour and colour, and is hardy and heavy cropping. The Windsor – or broad-pod varieties – will die off in frosty winters, but shoot from the roots in spring. Their pods have up to five beans in them and have a pronounced flavour.

Scarlett Cambridge produces a deep burgundy-coloured bean, while the Sutton is a bushing type with white-seeded pods that mature early. Dwarf broad beans are useful for windy areas, a good option might be Cole’s Early Dwarf which bears all of its pods just above ground level.