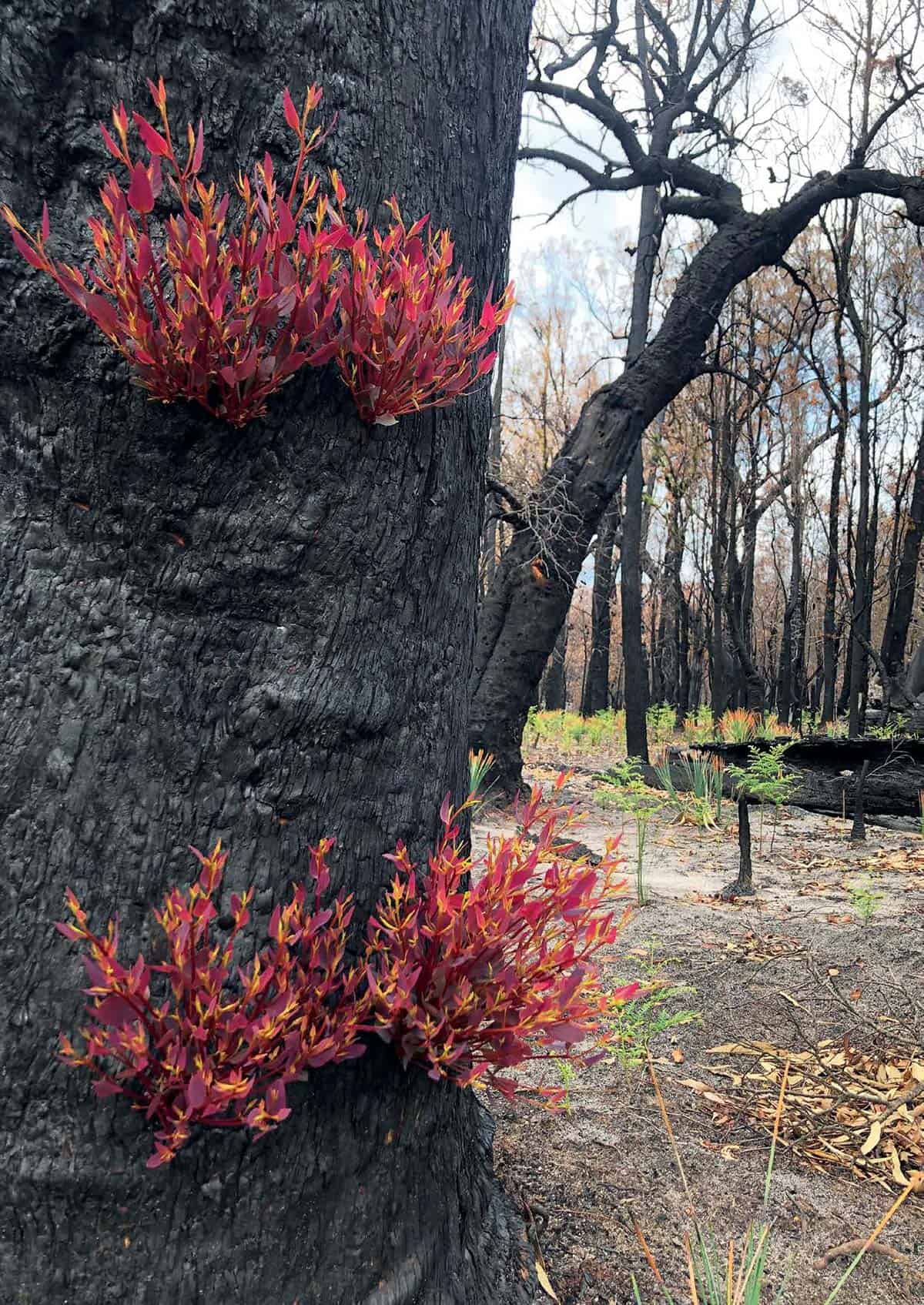 Fire is an intrinsic part of the Australian landscape. With the opportunity to both reduce carbon emissions and build community resilience, Australia should be leading the world in transitioning to renewable energy to reduce the severity of bushfire.

Fire has become more destructive since European colonisation. And due to climate change and changes in land use, Australia has experienced even greater destruction over recent decades.

Australian landscapes were once effectively managed by Indigenous cultural burning practices, but stopping this has left us with denser forests more vulnerable to fire.

Traditional land uses of grazing and forestry which have contributed to both the prevention and control of bushfires have declined in recent decades. They have been replaced by residential, recreational and conservation uses that increases our vulnerability.

Arguably, Australia has the best firefighting capacity in the world. However fuel-reduction burning is currently the default tool, which is effective in some cases, but not in catastrophic bushfires. And not only is the season for safe fuel-reduction burning contracting, it can lead to dry, low-nutrient soils with more fire-prone vegetation.

We need a broader suite of land-management practices in urbanised bushland and rural residential areas, where bushfires create the most economic and social havoc.

Australia’s pre-European landscapes were a mosaic of open grassy woodlands, grasslands, wetlands and heaths, a time when vegetation was managed by careful use of fire and grazing animals. However modern forests – mostly eucalypts – are almost universally more dense, which results in smaller canopy trees.

Fuel-reduction burning allows firefighters to be safer and more effective on the fire line, and it can protect farms and settlements from damage. However, for intense catastrophic bushfires, the benefits are marginal.

There is also evidence to show repeated fuel-reduction burning leads to loss of nutrients, an inability for the landscape to store moisture and an ecological drift to more fire-prone vegetation. The benefits of fuel-reduction burning fade after a few years, but the time needed for the forest to recapture nutrients becomes longer, so we may be creating long-term degradation for a short-term reduction in fuel.

Learning and applying Indigenous practices could reduce these adverse side effects and enhance the ecological value of fuel-reduction burning. Adopting strategies such as burning smaller areas with less intensity means canopies won’t be scorched and soil compost will remain intact. 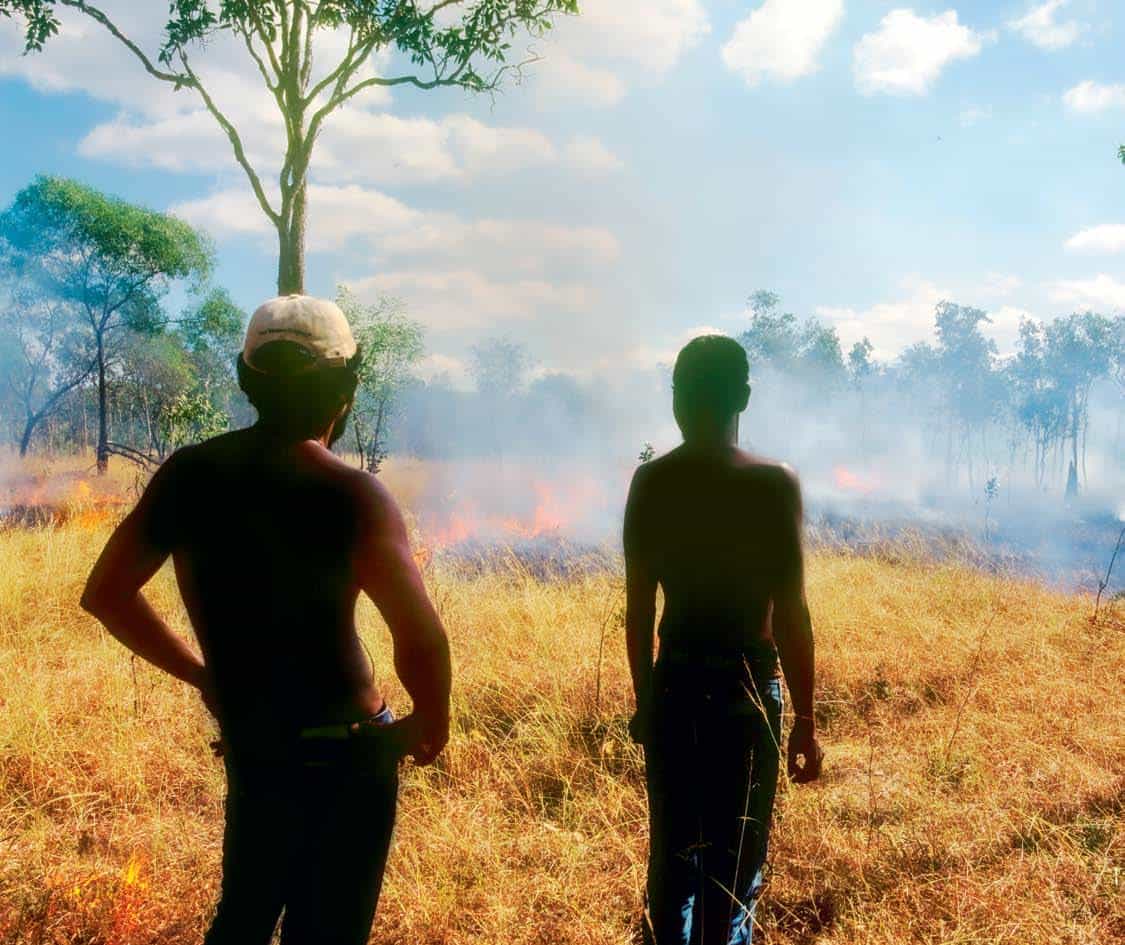 There are many strategies we can adopt to both reduce the impact of fire on our landscape and sequester carbon. We can plant deep-rooted native pastures and drought-hardy shelterbelts of fire-retardant trees, we can work towards rehydrating our streams and watercourses and adopt rotational grazing.

One example is the integration of fodder trees and grazing livestock – or silvopastures – which is estimated to be one of the most broadly applicable and low-cost ways to sequester carbon. Most animal-fodder trees are also a low fire hazard. These are low-tech techniques that fit well with conservative governments’ preferences for carbon sequestration over carbon abatement.

The focus on fuel-reduction burning has begun to blind even experienced land managers to the process of fuel reduction by decomposition. Decomposition rates are a fixed function of climate: it happens quickly with moisture, and slows or stalls when it’s too dry. But this ignores the importance of fuel arrangement for retaining moisture, as well as animal digestion and, most invisibly, the invertebrate and microbial cultures which do most of the heavy lifting.

There’s a need for more research on fuel reduction by decomposition, and we can draw on the knowledge of both Indigenous communities and of farmers and gardeners who follow organic principles.

Fuel arrangement determines fire behaviour. The difference between how crumpled paper burns compared with a book illustrates why fuel arrangement is just as important as fuel levels in forest assessments. Shrubs, ribbon bark and other so-called ladder fuels can carry a ground fire into the canopy, while creeping grasses and herbaceous ground covers are less likely to.

On farms, slashing and mowing are effective strategies to rearrange vertical fuel to horizontal, even if no decomposition occurs. Where forests fringe residential areas, there is increased focus on reducing grass, understory fuels and small trees.

Grazing animals also rearrange fuel. Apart from converting grassy – and in the case of goats and deer, shrubby – fuels to microbe-rich manure, animals help reduce fire hazard by physically trampling finer fuels. The use of goats to manage vegetation is beginning to be recognised as an ecologically benign alternative to herbicide, especially on the urban bushland fringe and along watercourses. Because goats are naturally phobic towards wet feet, they don’t damage delicate banks, and their pellet manure is less polluting than large cow pats.

Using goats to help manage the reduction of fire hazards

There’s great potential in using small-scale interventions to slow, spread and sink urban stormwater along watercourses in residential fringe areas. Such rehydration approaches offer great promise in addressing the drought and bushfire crises. We should work towards recreating the chain-of-ponds wetland system that characterised Indigenous landscapes, before they eroded into the incised streams and gullies most Australians today assume are natural.

Many well-meaning projects over recent decades have removed fire-retardant species which have high water- and nutrient-holding properties, and replaced them with highly combustible local natives. Willow removal programs across Australia’s southern states are an example.

Such programs in urban-fringe areas may have set back the potential of redirecting urban stormwater and nutrient flow to create fire-retardant ecosystems. Willow trees are not just effective bushfire barriers, but also shady forests and natural air conditioners.

In forests which are managed for timber, thinning is essential for producing large trees in less than a human lifetime. It is the easiest and most risk-averse way to accelerate the ecological maturity of regrowth forest. In eucalypt forests, however, too many trees is far more common than too few.

Fuel-reduction burning can aid the progression to more open forests, but it also has the potential to damage more of the remaining trees and lead to more epicormic growth and shrub thickets.

By thinning forests we may be also allowing native tree species to better survive a drying climate. Having fewer trees at wider spacings is a more ecologically benign and practical way to adapt than having to resort to more dry-tolerant species. 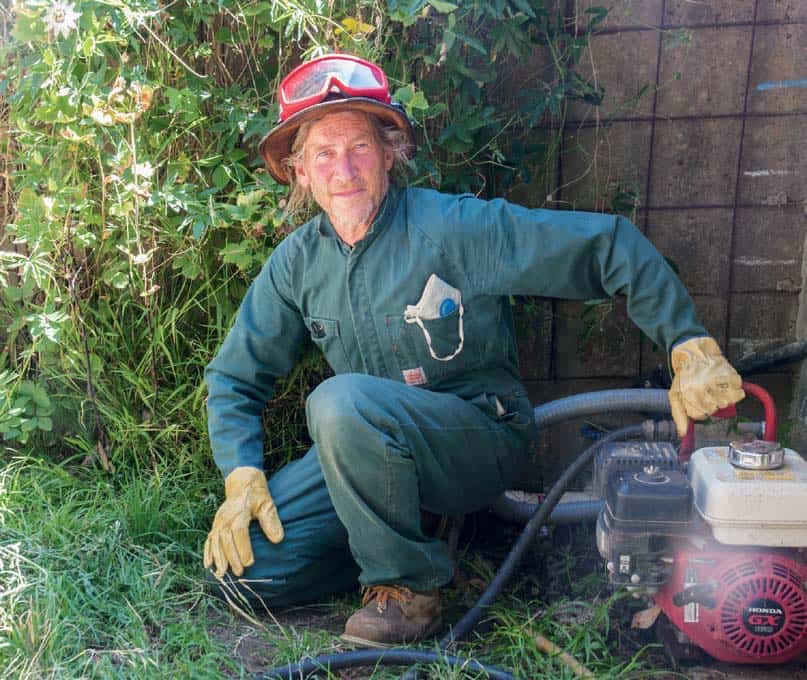 Put Biomass To Use

Australia should be using low-impact methods to thin regrowth forest to not only make a more fire-safe landscape, but to also provide renewable biomass energy. Biomass energy is dispatchable, which means it’s ‘on demand’ and helps solve the problems of a grid dominated by intermittent renewable sources such as wind and solar. Far cheaper than batteries, timber is a fuel that could really help us kick the fossil-fuel habit.

Biochar can also reduce our dependence on fossil fuel. A soil amendment providing long-term carbon sequestration, biochar improves the water- and nutrient-holding capacity of soil, as well as microbial activity.

And while all these strategies have their proponents and opponents, thinning forests to reduce fire risk and provide carbon-neutral and dispatchable energy is probably the most controversial.

Rather than relying on the authorities to provide solutions and hoping for change to occur at a government level, households and communities need to become more reliant on themselves and each other when it comes to dealing with these crises.

Community involvement is critical in reducing fire threats to landscapes, especially in the urban/ bushland interface. Flow-on benefits include community engagement, empowerment and resilience, as well as reduced costs to taxpayers. We need a reform of local laws to allow for small-scale community actions to be undertaken with minimal red tape.

At a household level, a well thought out and practised fire plan that prioritises staying and actively defending your property reduces the load on authorities trying to juggle mass evacuations.

Regenerating land and community resilience begins with people prepared to lead by example, as well as modelling the cultural shifts necessary to simultaneously mitigate and adapt to the unfolding climate crisis.

This is an edited extract from a paper written by David Holmgren, co-originator of permaculture, in response to Australia’s devastating 2019–20 bushfire season. The unprecedented event left 12.6 million hectares burned, more than 2500 families without a home and 33 dead. The fires killed or displaced an estimated three billion wild and domestic animals. Bushfire Resilient Land and Climate Care highlights the opportunities and solutions that exist to create more bushfire resilient land and communities. The full version is available at www.holmgren.com.au