Ethical Investment: Banking On The Future 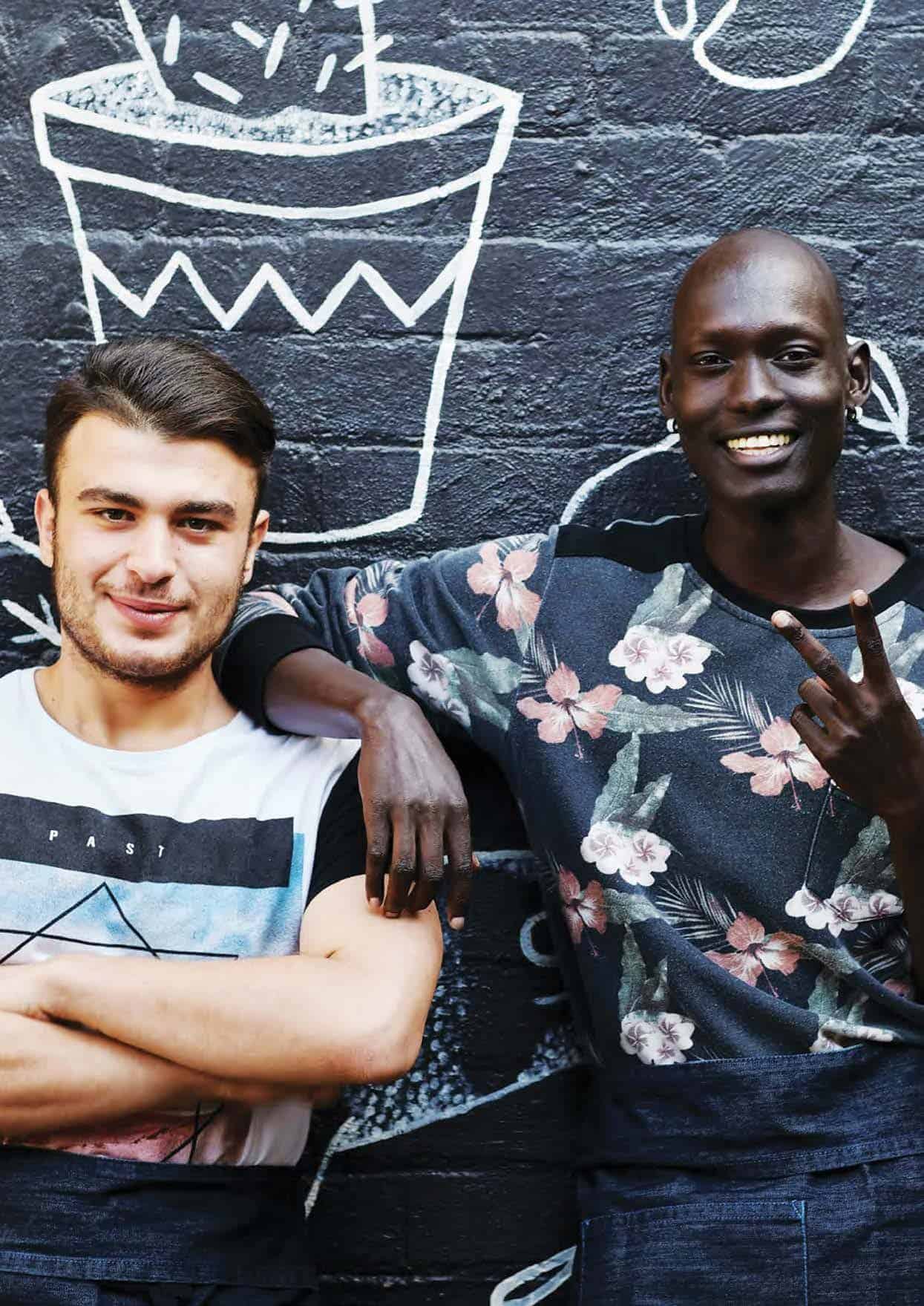 Your money could be racking up a hefty carbon footprint, or supporting industries that don’t align with your personal beliefs. But it doesn’t have to be that way.

Recognising that your hard-earned dollars don’t sit idle in your bank or superannuation account and making well-researched and ethical decisions about where your money is invested means your money can be as ethical as you and support a sustainable future.

To align your money with your ethics, you need to take control of what your money is funding and divert it into other industries. It’s a practice called divestment. It means that instead of unintentionally funding things like fossil fuels, modern slavery, child labour, pornography, tobacco, gambling, live exports or weapons, you actively seek opportunities to invest in positive things. For example, you might prioritise investing in renewable energy projects, medical research, healthcare, regenerative agriculture or public housing. The point is that you take control of your money and the impact it is having on the planet. 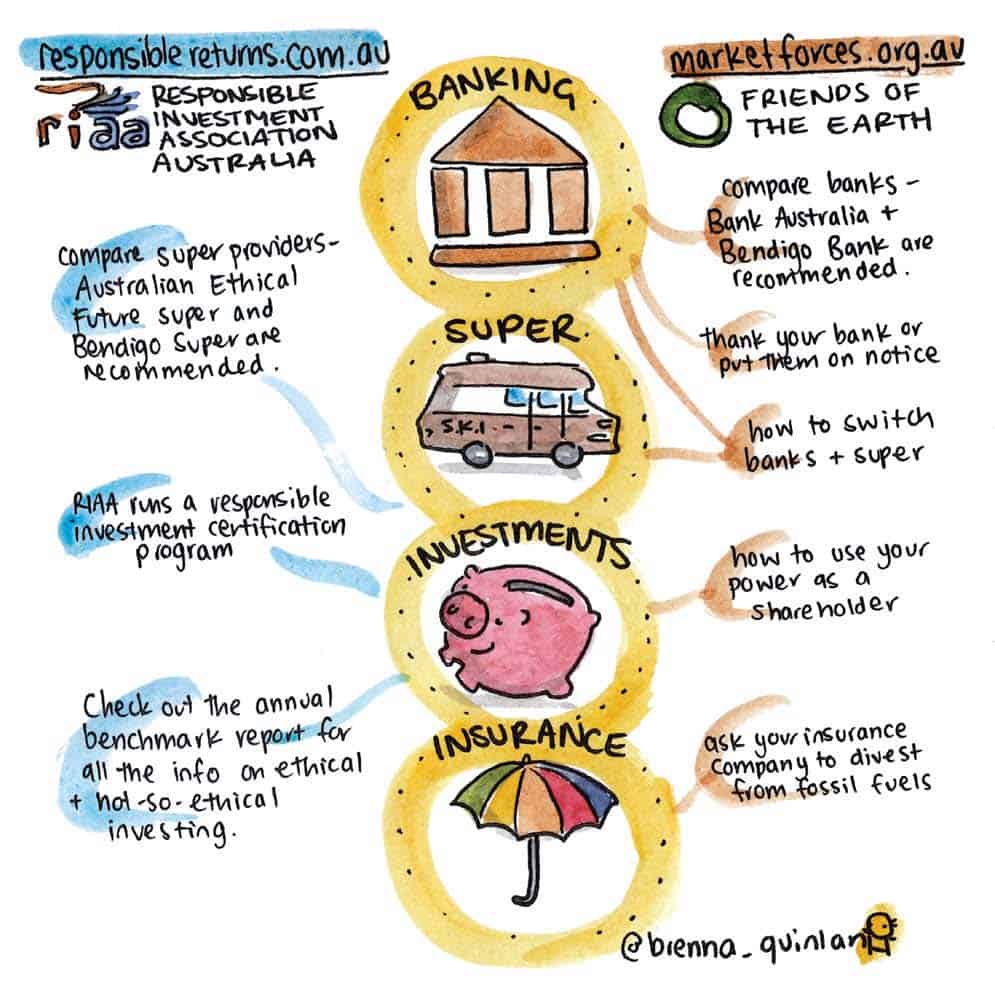 How can we determine what our money is currently funding? Unfortunately, there is no easy answer to this question. You can ask your bank or superannuation provider, but you might not get a response. This is partly because the answer can be complicated, and even ethical banks don’t have the resources to provide ultra-specific reporting. It’s also because financial institutions are not legally bound to provide this information.

The Australian government currently has no legislation which requires banks or superannuation funds to disclose how they are investing money. Changes to the Corporations Act requiring financial institutions to publish their full holdings were deferred from December 2019 until the end of 2020. But deferment also took place in 2017, 2016 and 2015. 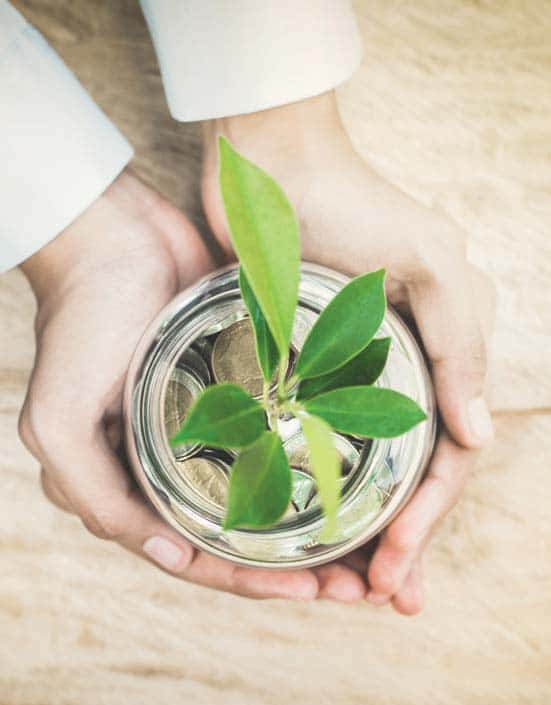 When comparing Australia’s investment marketplace to 24 other countries, Morningstar, which is an independent investment researcher, ranked Australia as ‘below average’ in terms of disclosure. America, on the other hand, maintained its ‘top’ disclosure rating with mutual funds in the United States disclosing their holdings since as far back as the 1940s.

The parent company of a national supermarket chain, for example, might also own coal mines, liquor stores, sell tobacco products, or derive a percentage of their profits from poker machines. To boycott any of those industries, you would need to avoid such a company. That’s why materiality thresholds are important.

Materiality thresholds describe the percentage of profit a big company makes from a particular industry, such as fossil fuels. That percentage is used as a determining factor by a superannuation fund as to whether or not they will hold stock with that particular company. Simply put, a super fund might say they exclude fossil fuel investment, but in the fine print, you could find they have a materiality threshold of ten percent. Meaning, they will invest in a company deriving up to ten percent of its profits from fossil fuels. If that super fund then invests in multiple companies with similar fossil-fuel materiality thresholds, you could actually find a significant chunk of your money is supporting an industry you want to avoid. 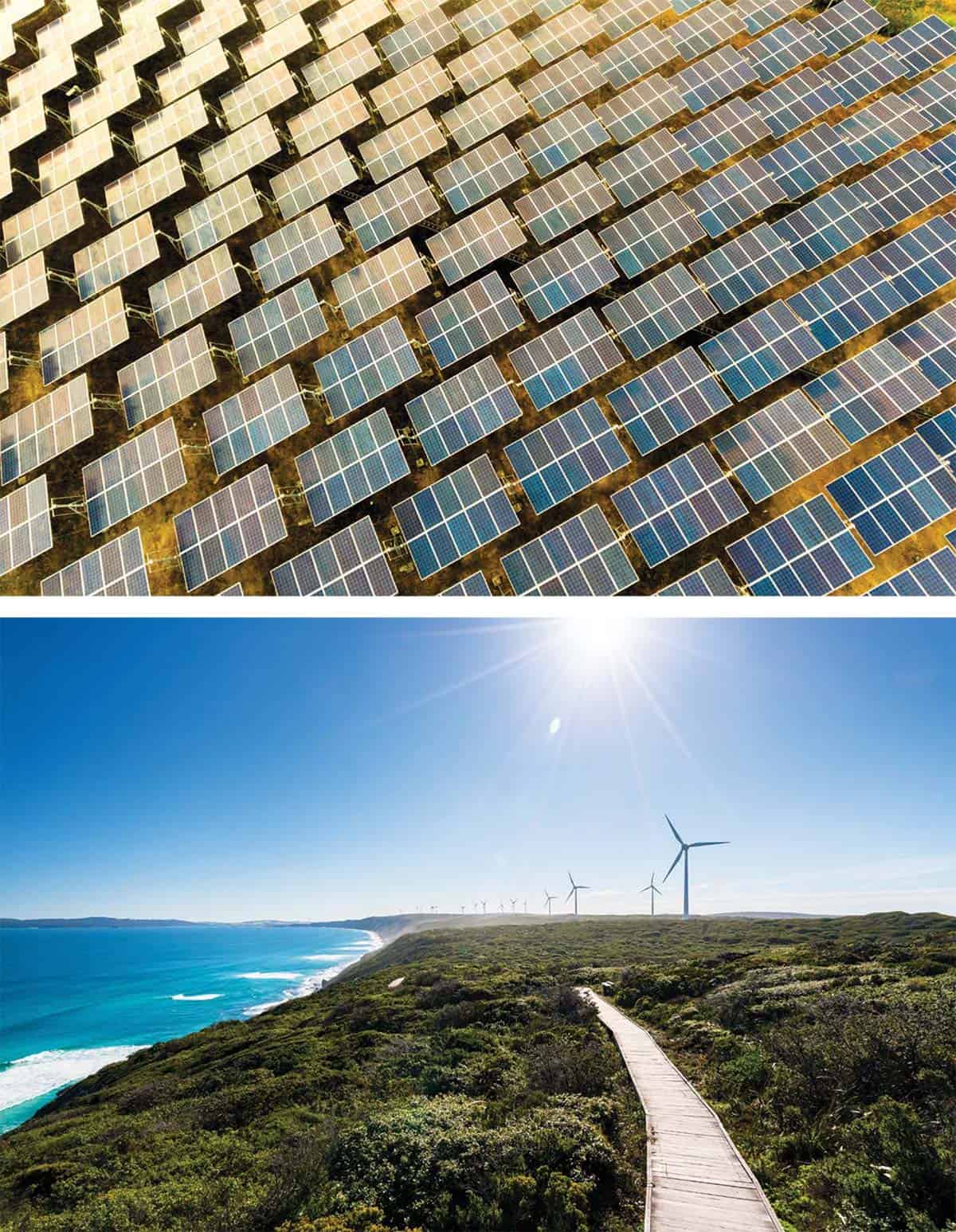 Research the impact your money is having on the planet and you can make informed choices.

Even if you don’t have a large amount of savings or superannuation, switching to an ethical bank or super fund can make a significant difference. Importantly, it can give you peace of mind, but more than that, your dollars become part of a collective movement with incredible potential.

Consider for a moment, the enormous power that money has to either make or break a company or industry, and also the power that money gives to the board members who decide how to invest it (and who have no legal reason to divulge their choices).

Individually, we may not have much, but together Australians are a force to be reckoned with; making the switch to ethical divestment is well worth the time spent on paperwork.

It’s essential to recognise the financial industry is not immune to the greenwashing which plagues other profitable sectors like fashion, food and beauty. Always do your homework instead of accepting eco-ethical language at face value, or talk to a financial adviser before making big decisions. You should also consider any relevant fees applicable when switching funds or banks, as well as death or disability insurance tied into your superannuation.

In short, yes. Annual benchmarking reports produced by the Responsible Institute Association of Australasia (RIAA) have shown responsible investment funds continue to outperform mainstream funds over most time frames and asset classes. That’s not to say investment doesn’t come with risks. It does, but there doesn’t seem to be any reason you would have to sacrifice profitability for ethics.

Ethical banks are subject to the same federal regulations as any other bank. Just like any other Australian bank, deposits to the value of $250,000 per account-holder are protected under the Financial Claims Scheme, so the risk is no greater.

If you are interested in switching, your first step should be to figure out what ethical means to you. Write a list, prioritise the industries you don’t want to support as well as the ones you are happy to fund. From there, you can utilise online tools to find a scheme or bank most in tune with your own values. Alternatively, you can seek out an ethical financial adviser to tailor an investment portfolio to your unique requirements.