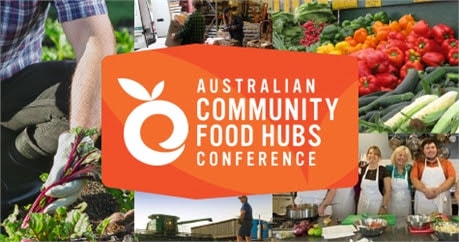 Here at Pip mag we’re excited about the inaugural Community Food Hubs Conference in Bendigo next month. Pip spoke to keynote speaker Kathryn Scharf , a Canadian food sovereignty campaigner, about her work in the lead up to the big event. 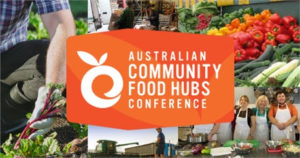 How did you end up where you are now, campaigning across the globe for fairer food systems?

I wouldn’t say we’re too focused on proactively taking the message international at this stage (though I’ll be the first to sign up for that job)! Having really gotten started at a national scale just in 2012, we’ve got our work cut out for us in Canada. But this unique opportunity has arisen through the interest in Australia explore new visions for the food system there. This arises from the fact that you are contending with many of the same issues we are: a growth in income inequality; many people excluded from participating fully in the social life of their communities; chronic disease rates growing due to the many factors that prevent the average person from the benefits of a simple, healthy diet. Some countries still have a commitment to the notion of the social safety net and larger scale social programs, but where charities like food banks have been given the job of picking up the slack, there is a growing realization that this is an uneven and often incomplete response to the issues.
With community food centres, we set about effectively “knitting” our solutions at the grassroots. Community Food Centres are a neighborhood-based response that comes at the food issue from the perspective that a multidimensional approach—one that involves healthy food access, connecting with others and building skills around meals, in kitchens and gardens and getting involved in the bigger social issues that contribute to food insecurity– can reach many types of people on many levels, and can play a role in both stopping up a short-term gap or transforming lives and communities.
We’re trying to spread this type of approach that uses the power of food in a positive way to build health and connection by working with partners to actually create community food centres—welcoming and respectful spaces with kitchens, gardens, dining rooms and staff– that demonstrate the impact, while also trying to inspire and support others to do something similar. We’re both big and small at the same time: big in terms of ambition for change and biting off a big piece of work, but still small beside the scale of the issue.

What do you see as the driving issues in our industrialized food system?

The underlying issue that I think causes so many of the problems in our food system is the notion that food is a commodity like any other, rather than a vital public good that needs to be treated as such. Not an original point, perhaps, but one worth repeating. At the one end of the food system spectrum, this manifests as policies that promote scale at all costs: ag technologies that harm the environment, global trade at the expense of protecting localized economies, large scale “competitive” agribusiness instead of policies that protect farmland, farmers and farm workers. And while our food economy is ostensibly ruled by market forces, like so many other areas of the capitalist economy, there are actual ways in which the true costs are not accounted for and externalized instead—effectively a failure of the market to truly reflect costs.

At the other end of the food security spectrum, where people are poor and can’t afford good food, approaching food as a right would also imply going outside the market paradigm. It is true that simply having enough income to buy food in the marketplace would be a good start, but there are many areas where policies or subsidies— e.g. subsidies for healthy food access or taxes junk foods or publicly funded national school nutrition programs– would further build food security and, in a true-cost framework, would more than pay for themselves in better health outcomes.

The forum you’ll be speaking at in Australia – the Community Food Hubs Conference – has a strong focus on community. What positive role can this concept of “community” have in creating a fairer food system?

Feeling like you belong to a community is a pre-condition to feeling like there is a possibility for change. Why or how could you think of taking action for change if you were all alone? It wouldn’t be any fun and it wouldn’t seem likely to succeed. Community provides the “why” and the “how” for change. It can create the sense that you share your situation with others—if you are low-income, for example, there can be a lot of shame and you can get the message from the broader society that “it’s your fault.” Getting together with others in the same boat makes you see that it’s not, and that in fact you can make change. At community food centres, for example, peoples’ lived experience of navigating systems is put to work in the service of others in the community through a peer advocacy Community Action Program. As well, people organize around local issues—like saving a bus stop—as well as bigger ones, like promoting the “Basic Income Guarantee”idea that is getting a lot of attention worldwide these days.

Finally, what would a fair food dinner look like to you? What would the dinner be made of? Who’d be at your table?

It goes without saying that the food in my fair food dinner would be mostly locally- and sustainably-produced by people making a fair wage. Since I mostly don’t eat meat, there probably wouldn’t be much of that, though I’m certainly open to some organic dairy or some sustainably-sourced fish.
I think the ideal food culture is food-concerned, but not food obsessed, so I’d say my meal would be simply prepared, from fairly- but not exhorbitantly- priced ingredients. To inspire others that this amazing meal is possible to re-create, it shouldn’t require too much slaving over the stove or cooking school training. That said, even with simple, honest meals, some ninja cooking and nutrition skills are helpful, so ideally the cook has enough of those to find that magic terrain where delicious and healthy intersect.
And finally, given the business I’m in, I’d have to say that this ideal fair food meal might be consumed in a community setting, enacting the idea that everyone deserves good food, where cost is not a barrier and where distinctions of income or culture are broken down over good conversation and a good meal.

Want to find out more about the conference? Click here.