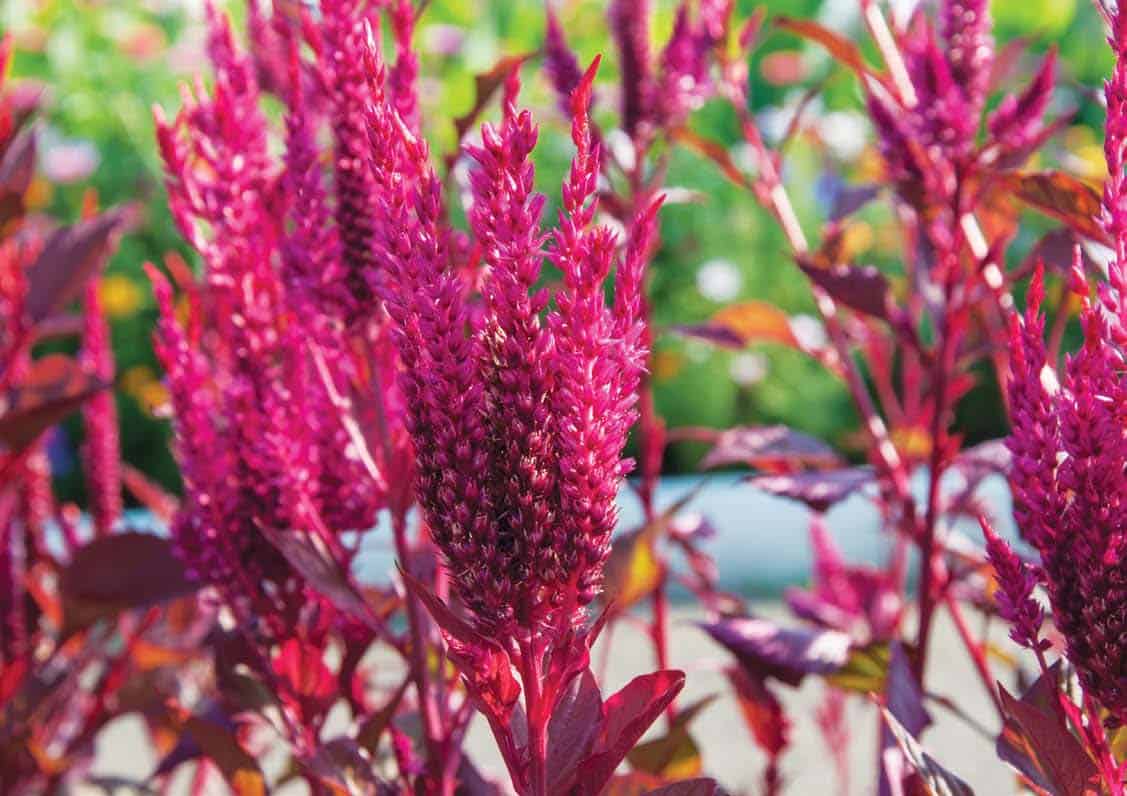 Amaranth is a common and highly nutritious weed easily recognised by its beautiful but rather peculiar nodding seed heads.

Amaranth (Amaranthus retroflexus) is an ancient grain, one of the first domesticated wild plants in Southern America, cultivated for at least 8000 years. High in iron, protein, magnesium and potassium, its value was recognised in ceremonies by the Aztec civilisation and mirrored today by its status as a so-called superfood.

There are about 70 species of amaranth, all edible, and many of them have become successful colonisers (or weeds), making it a reliable food source in many cultures. Many of the species turn into tumbleweeds, helping the spread of the seed. Amaranth is eaten all around the world including South India, where it is known as kuppacheera; Greece (called vlita) and China (called yin choi).

Amaranth is a branched herb that grows from seeds each year. It can range from an erect shrub up to two metres tall, to a wide prostrate ground cover. The diamondshaped leaves have long stalks and vary from the bright emerald of Green amaranth to the three colours of the Tricolour amaranth: green, yellow and red. It forms a cluster of flowers resembling a sharp cone or spike which emerges from the intersection between the main leader and the stalks. The flower clusters increase in size and frequency at the top of the plant and can be quite showy, ranging in colour from green to yellow through to deep red. The uppermost cluster of flowers is the biggest.

It is often heavy with seeds in tassels resembling thick, cat-like tails. The flowers are tiny and the seeds, which range in colour from yellow through to black, are small. It can be hairy and in the case of Spiny amaranth (Amaranthus spinosus), two visible thorns will emerge from the base of each leaf. 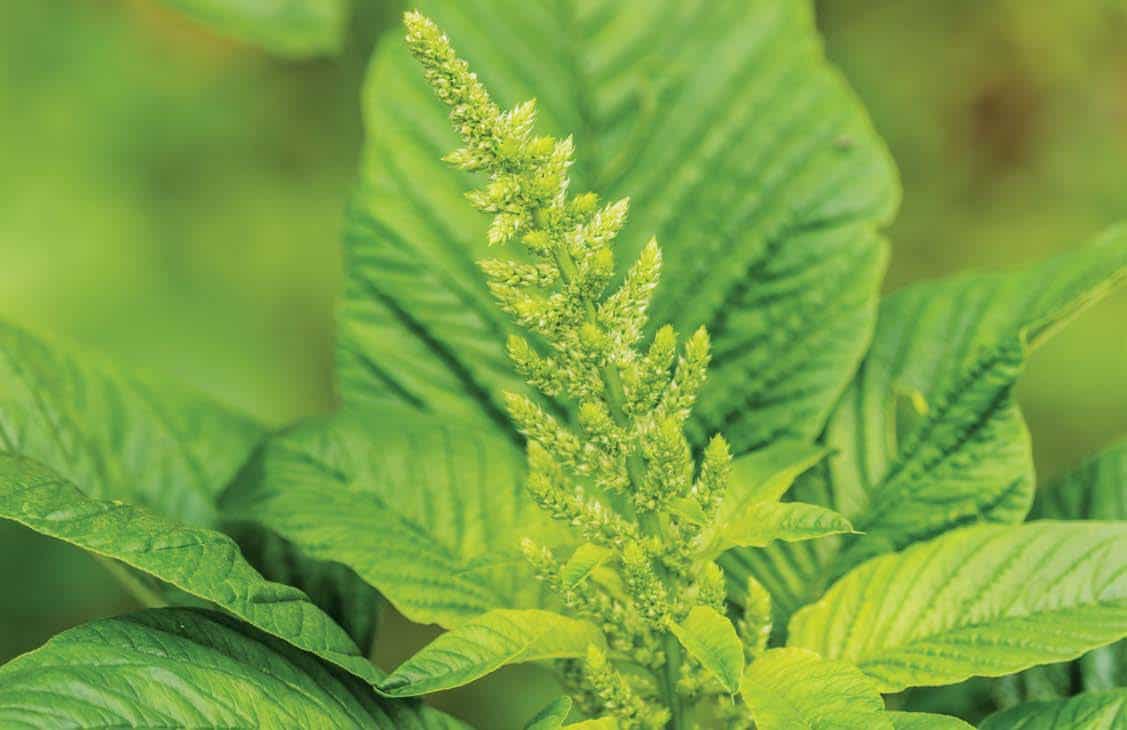 Green amaranth,
however, has small and wrinkled capsules which don’t open to release the seeds when ripe. Photo by Sanpom

How To Eat It

Many cultures both cultivate and wild harvest leaves and grains, including Indigenous Australians. According to the Australian National Botanic Gardens, there are 11 native species of amaranth.

Amaranth is mostly known for its seeds which, although just one millimetre in diameter, are relatively easy to harvest by rubbing the dry flower heads and allowing the hull-less seeds to fall into a fine colander. The seed can be cooked whole, but is advised to either crush them in order to break the skin which will help to facilitate easier digestion.

The leaves are harvested green and cooked like spinach in pies, soups and stews, and the leafy stems and flower clusters are similarly used.