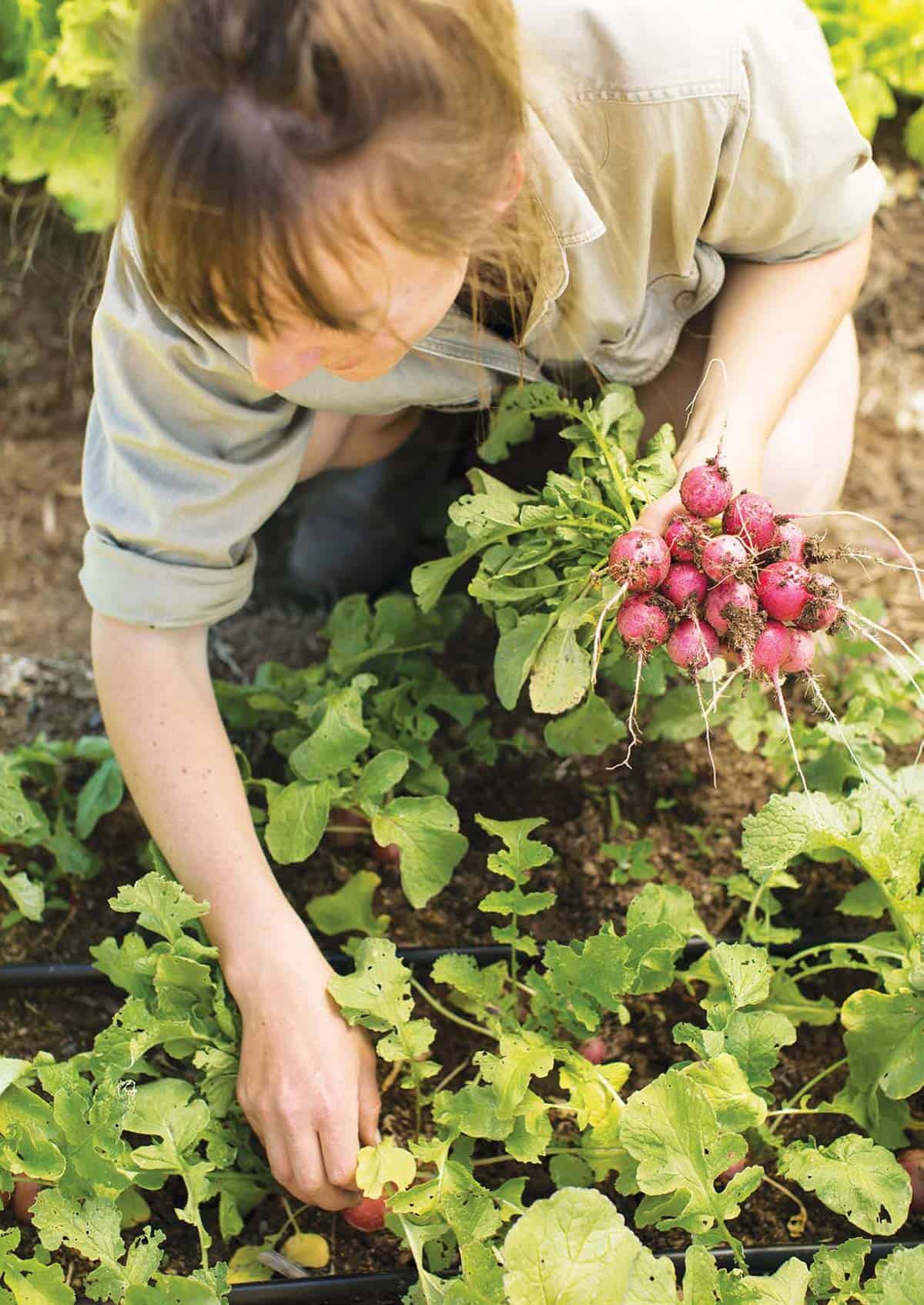 Radishes are heavy feeders, but have a short date to maturity.

Practising crop rotation when growing annual vegetables not only increases long-term yield, it preserves the fertility of your soil while deterring pests and diseases.

We can’t treat annual vegetable plants like perennials because they grow in a completely different way. Perennials are longer-lived and send their roots down deeper to access more water and nutrients. Generally slow feeders, perennials use only moderate amounts of nutrients to drive equally moderate rates of growth. 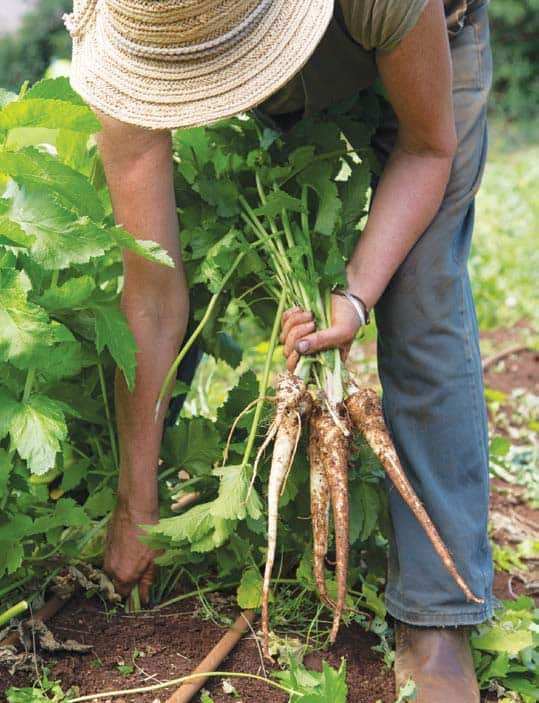 Annual plants, which have less than a year to complete their life cycle from seed to seed-bearing plant, are much shorter lived. Most have 80 percent of their roots in the first 30 centimetres of soil, so they can’t reach very deep for nutrients or water. They compensate by having extremely rapid growth rates and have high nutrient demands to fuel that growth.

Monocultures of annual plants don’t typically exist in nature, because most can’t form stable ecosystems. Collapse is inevitable when large numbers of shallow-rooted heavy feeders are planted together. The soil ecology cannot support them for extended periods and pests and diseases proliferate more quickly when plants are concentrated in a single area.

However there are many things we can do to maintain a healthy and productive annual vegetable garden, and one proven strategy is crop rotation.

What is Crop Rotation?

Crop rotation is the practice of planting each type of crop in a separate location, in a certain sequence, with each new season. Every year, each type of crop is moved to the next planting location in the sequence. It is a systematic approach to ensure a crop type isn’t grown in the same garden bed for longer than one season.

In this example, tomatoes move to the next bed each year, and the first bed does not grow any tomatoes for two years afterwards. This may sound like extra garden planning and record keeping, but crop rotation is important for many reasons.

Certain vegetables use more of some nutrients and less of others, so crop rotation prevents depletion of the soil. If the same vegetable is grown in the same location season after season, it will quickly deplete the soil of the most used nutrients it requires.

Certain plants used in crop rotation, such as legumes, add nutrients back into the soil. By rotating your crops, you’re increasing soil fertility by maintaining nutrient levels and soil health to support plant growth.

Pests have preferences for particular plants so if certain vegetables are mass-planted in the same location season after season, pests will naturally gather there and their populations will rapidly increase. Crop rotation means pest breeding cycles will be disrupted and their numbers will reduce.

It’s a similar story with diseases. Soil-borne pathogens such as parasitic nematodes, fungi and bacteria all have preferences for particular plant families. If favourable conditions are created by growing plants from the same family in the same location year after year, their numbers will build in the soil, reinfecting the plants they favour. 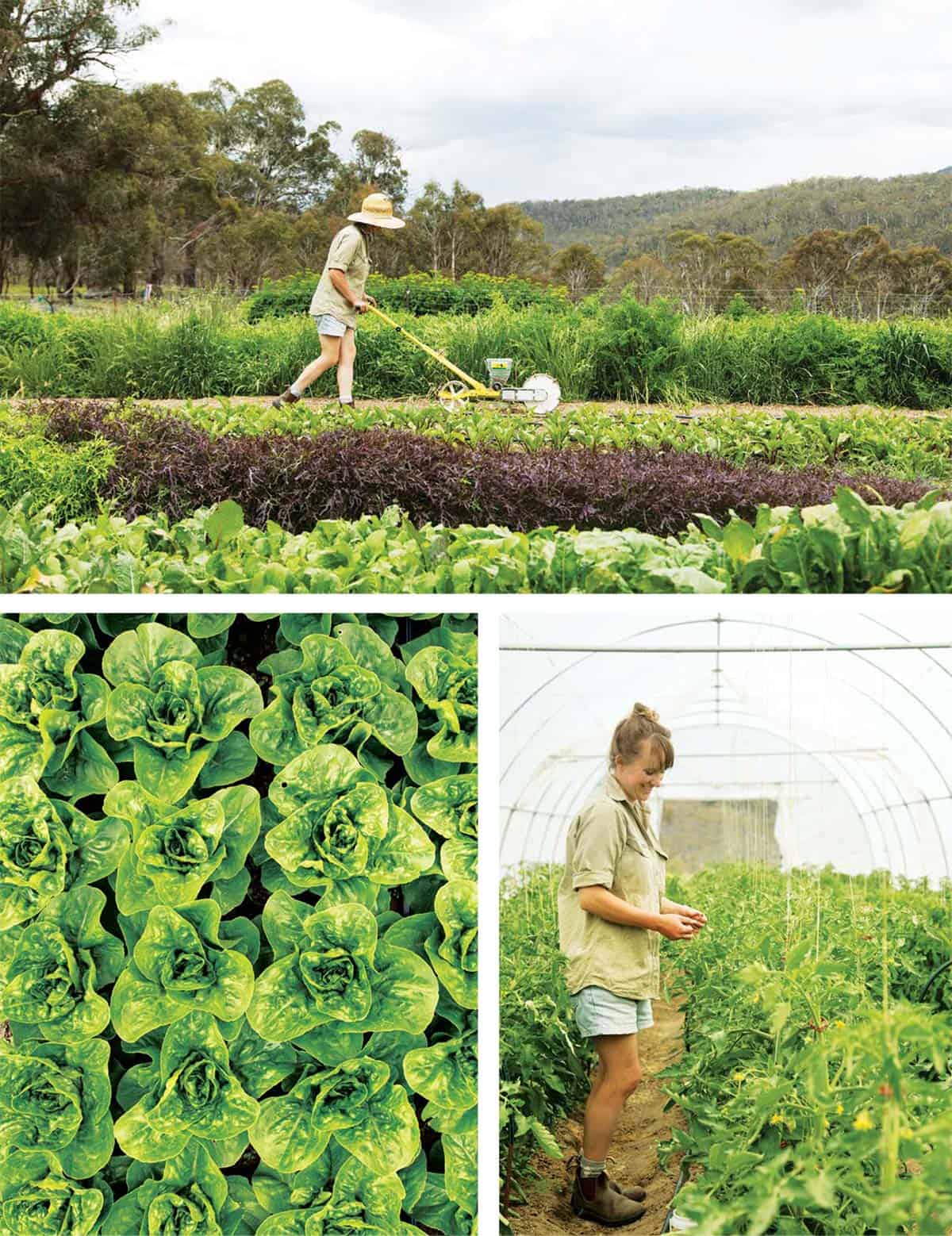 In John Jeavons’ book How to Grow More Vegetables, he introduces us to a system which categorises plants by three separate categories; heavy feeders, heavy givers and light feeders. Most vegetables fall into the heavyfeeder category, extracting lots of nutrients from the soil – especially nitrogen for producing leafy growth.

Heavy givers are nitrogen-fixing plants which take nitrogen from the air and return it to the soil, converting it into a form which is usable by plants. Light feeders, on the other hand, have relatively low nutrient demands and include all root crops.

With this system, plant groups are rotated in the order of heavy feeders followed by heavy givers followed by light feeders. A fourth green-manure category can be grown in a bed for half a year, warm or cool season, to further build soil much like the heavy-giver stage.

The other soil-building option is to add compost and manure to the soil, before covering it with mulch and allowing it to rest for six months. It’s important to respect the soil, and sometimes we just need to stop taking for a moment and give something back. 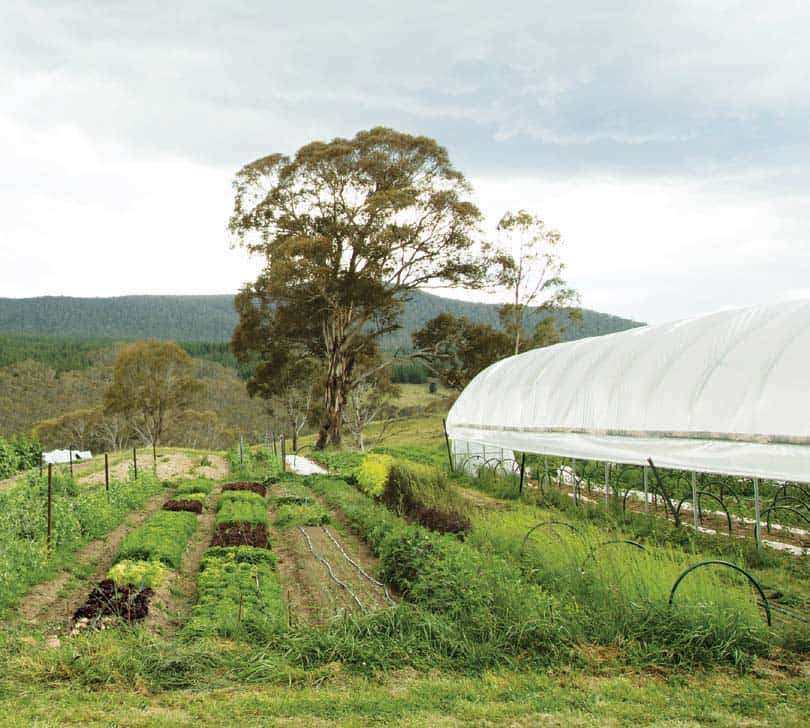 In a garden with six beds, each group (see sidebar) can be planted in separate beds (Group A in the first bed, Group B in the second bed, Group C in the third, etc.) and then rotated to the next bed the following year (Group A in bed two, Group B in bed three, etc.).

But since some of the plant groups are comprised only of warm- or cool-season vegetables, it’s not possible to plant all six groups out at once. Two rotation schemes may be required each year, as seasonal plants only live for half a year.

Planting calendars are useful for planning when to sow seeds from each group. If working with seedlings, be aware that they’re usually transplanted into the garden about four weeks later if they’re established enough to transplant and the risk of frost has passed.

This article represents the permaculture principle OBTAIN A YIELD.