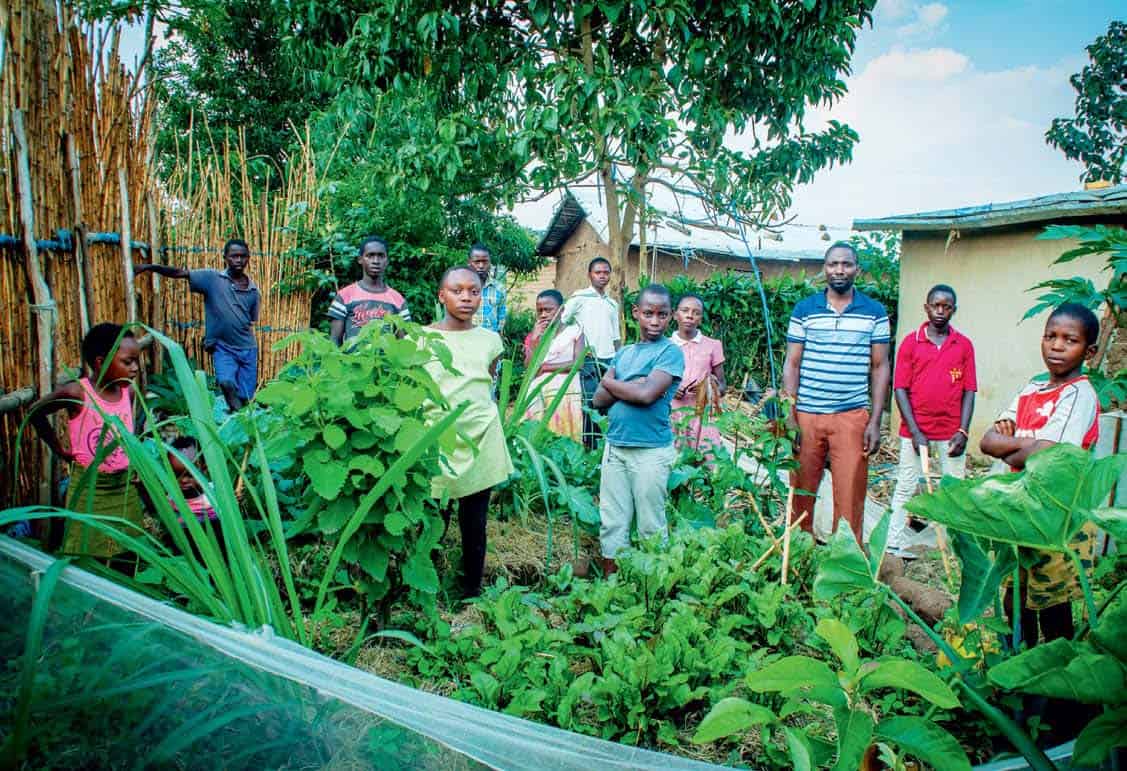 Teacher, Bemeriki, and 12 year old Credo (centre) with the Rwamwanja Permayouth in their permaculture community garden and learning centre

Credo is a 12-year-old refugee in Uganda and just one of many young people around the world who are using permaculture to build a bright and sustainable future.

Helping vulnerable people access permaculture needs to be a priority. With one percent of humanity currently displaced and half of all refugees aged under 18, permaculture is the ‘difference that makes a difference’. The UN World Food Program has warned by the end of 2020, one in 30 people could be pushed to starvation.

Credo Walola is a 12-year-old boy who has lived most of his life in a refugee camp in the far southwest of Uganda. Rwamwanja is home for over 70,000 refugees, mostly Congolese nationals like him. Life there is challenging and this year it has become even harder; schools have closed, food rations have halved and basic supplies are no longer reaching his camp. His friend, 15-year-old Salumu Itongwa, died a few weeks ago of blackwater fever.

Despite the struggles and trauma, permaculture has allowed Credo to dream of a better future for himself, his family and the camp. He’s part of Rwamwanja Permayouth, a group of girls and boys aged between 10 and 16 who are not only learning permaculture three days a week, but working towards their Permaculture Design Certificates. Permayouth has changed Credo’s outlook on life. He sees a path to overcoming hunger and malnutrition, and he is hatching plans to make a living as a permaculture farmer and advisor.

The inspiration behind this group is Bemeriki Bisimwa Dusabe, a scholarship recipient of the Permaculture Educators’ Program through the Permaculture Education Institute. Already a qualified teacher and social worker, Bemeriki has helped support women and young people throughout his 13 years at the camp. His vision now is to assist young permaculture teachers to help others set up farms and gardens on the commons, in schools and at homes throughout the camp. 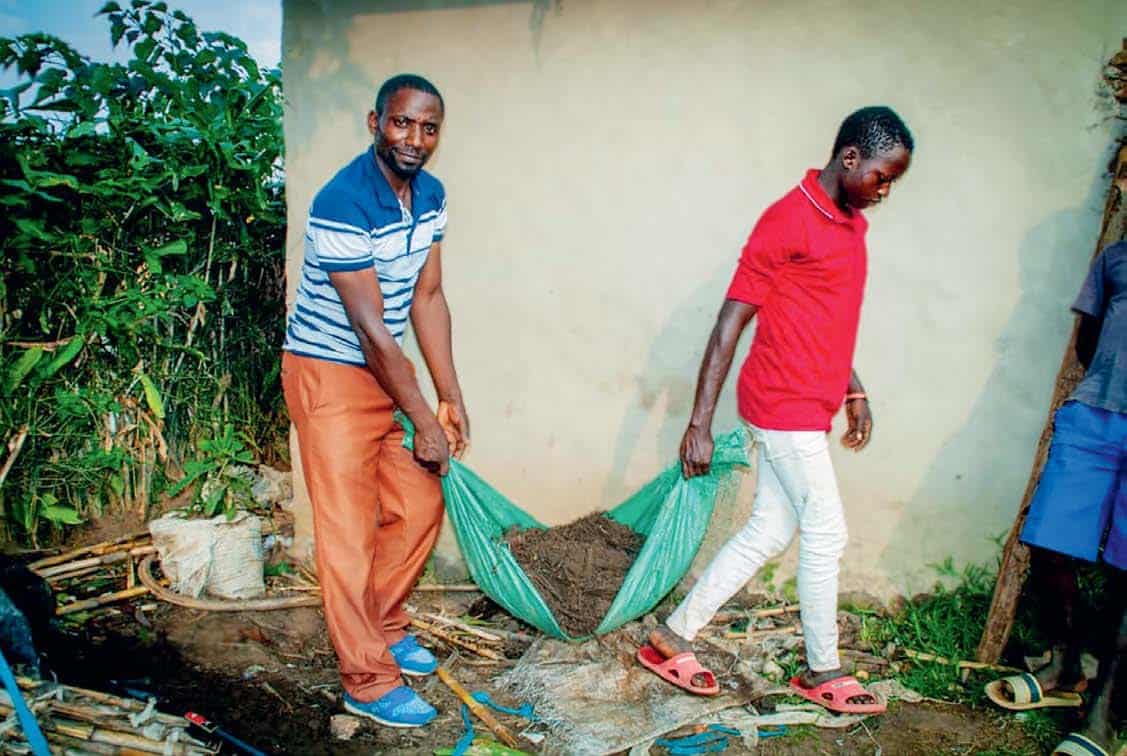 Bemeriki working with the team carrying dirt using the resources they have available.

Bemeriki and the Permayouth learn together in a makeshift classroom and out in the field. Once a week they talk with the Permayouth around the world via zoom, which is hosted by 14-year-old Australian girl Maia Raymond. These young people have formed friendships and are in deep mutual learning.

The seed funding for Permayouth was sent by Ethos Foundation who responded to requests for tools, seeds, books, watering equipment and an internet connection. The foundation sources 100 percent of the funds directly from the permaculture community and 100 percent of the funds are then passed onto the permaculture education projects, which means the money goes directly to households where it is needed most. For example, the Permayouth tools are provided and used for community projects, but each child also gets to keep a set so they can manage their own kitchen gardens at home with their family. These small things make a big difference.

The Rwamwanja Permayouth is an incredibly creative group and, thanks to Abundant Earth Foundation who partnered with Ethos to fund a camera, microphone and guitar, are performing songs and making films about permaculture to spread the message further and faster.

Good ideas spread fast and the word is now getting out beyond Rwamwanja. Ethos Foundation now supports three Permayouth groups in Kakuma refugee settlement in Kenya and more groups are waiting to begin.

Permayouth welcomes new global members and Ethos would love your help to support more children in refugee camps to join or form a club. A set of equipment is $35 per child and training a teacher to lead a new club is $150. To find out more head to www.permayouth.org.

Morag Gamble is Executive Director of the Ethos Foundation and Permaculture Education Institute.

This article represents the permaculture principle INTEGRATE RATHER THAN SEGREGATE.