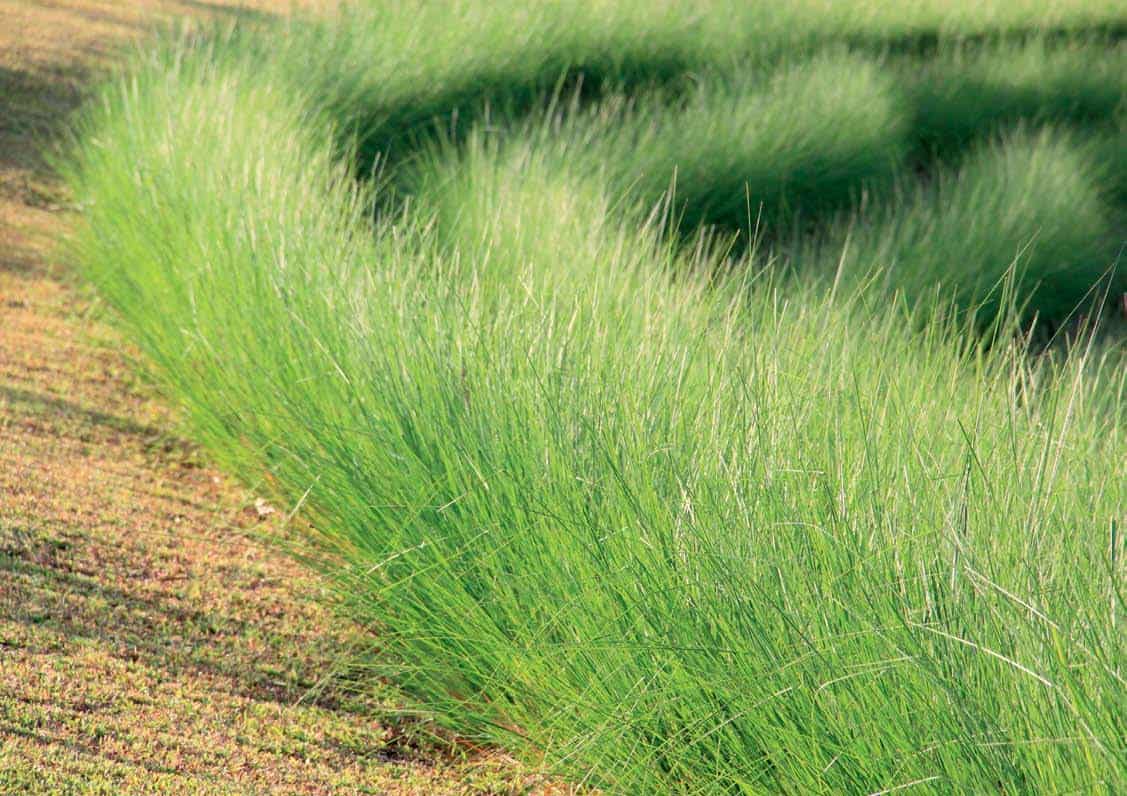 Permaculture design works with Bill Mollison’s ‘each element performs many functions’ principle. So when choosing your plants, look for species that can perform multiple functions. Whether it’s in small suburban gardens or on large-scale properties, vetiver grass does exactly that.

Vetiver grass (Vetiveria zizanioides) is a perennial bunchgrass native to India and Ceylon. It grows up to 1.5 metres in height and shoots from an underground crown, which makes it resistant to frost, fire and heavy grazing. As long as it’s planted in full sun, vetiver will tolerate a broad range of climates from tropical, semi-arid through to temperate zones. And it isn’t particularly picky when it comes to soil quality, either.

Lauded for its value in permaculture systems and trialled extensively by practitioners around the world, this versatile grass can slow water run-off and remedy soil erosion, while boasting a wide variety of other uses from fodder through to fragrance.

Varieties of vetiver in Australia are sterile hybrids, so they don’t produce seed. They also have a fibrous root system which won’t spread from where they are planted. Dig up a mature plant and propagate from division – you’ll need a handful of about six ‘slips’ to grow a new clump. Cut it back to a planting height of about 150 mm and it’s best to plant when the soil is wet after rain. Otherwise, keep it well irrigated until it’s established. 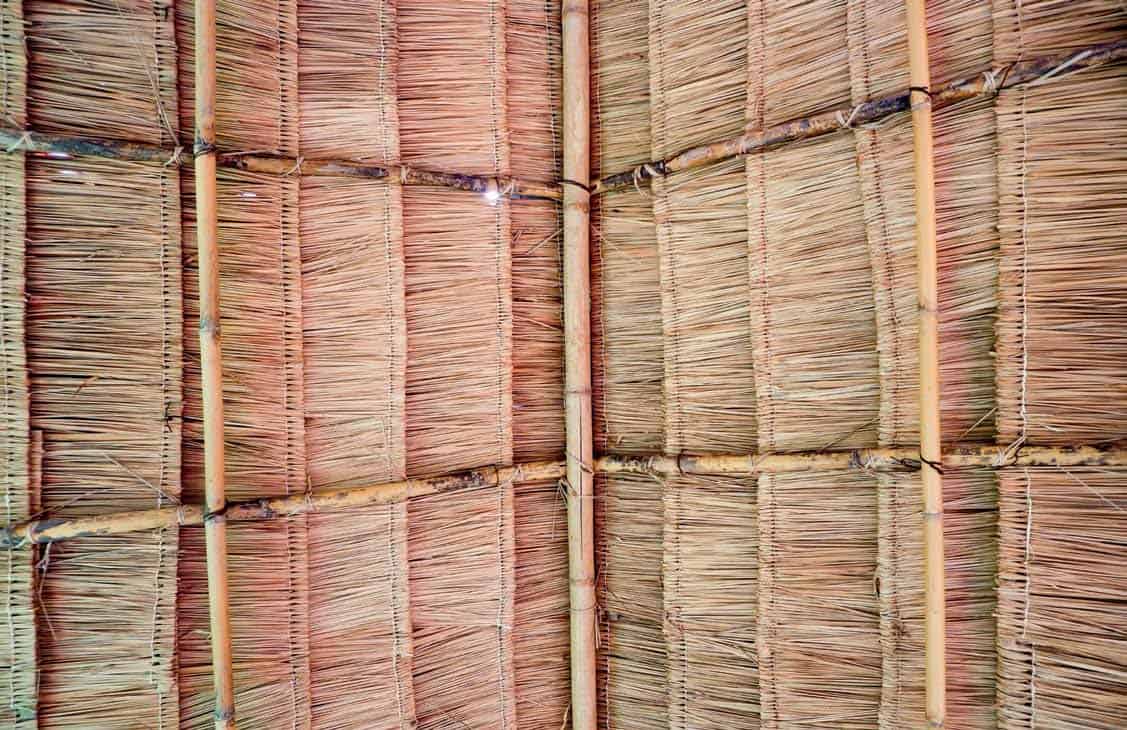 The underside of a thatched vetiver-grass roof illustrates its many and varied uses.

Soil Erosion
Vetiver has a deep root system of up to three metres that can penetrate hard sub-surfaces and bind soils. Planted in single rows along contours of sloping land at 10–15 centimetre spacings, it will form a dense hedge that slows water, rediverting it into the ground rather than running off the landscape and taking the topsoil with it. The grass will form a narrow hedge which traps soil and organic matter behind it. Over time, this build-up will form mini terraces which shrub and tree crops can be planted into. Its deep root system makes vetiver grass an effective soil stabiliser after any earthworks or disturbance, particularly on steep slopes. And because its root system grows vertically, it will not compete for nutrients from neighbouring crops.

Perfume
The roots of the plant contain an earthy-scented essential oil that has been used in India since ancient times. With a smell often compared to leather or wood, it is one of the more popular base oils used in men’s fragrances in today’s perfumery industry.

Mulch
The stiff leaves of vetiver grass make it an excellent mulch which breaks down slowly to suppress weeds. Planted close together, it also acts as a barrier plant to help stop invading creeping grasses such as kikuyu. Its stiff structure also makes it a popular choice for craft making in various cultures.

Thatch
Other beneficial qualities of vetiver grass are its insect and fungal-repelling properties. This allows it to be used as a thatch for the roofing of homes and other structures. In Africa, where traditional grasses used for thatching are in short supply, vetiver has been found to be a good alternative and, due to the strength of its leaves, a long lasting roofing material.