Daryl Taylor shares his ambitious journey of building an earthship after fires destroyed his original property in Victoria’s Kinglake.

Daryl Taylor lost his home in the firestorm that destroyed most of Victoria’s Kinglake in February 2009.

On that day, 173 lives were lost and more than 3,500 buildings destroyed. Following the fires many people left the community.

Daryl, an elected member of the recovery committee, was pivotal in rebuilding the Kinglake community.

Nine months after his own home was destroyed, Daryl was able to move back to his property, living in a 1940s hardwood cottage he had salvaged from demolition. 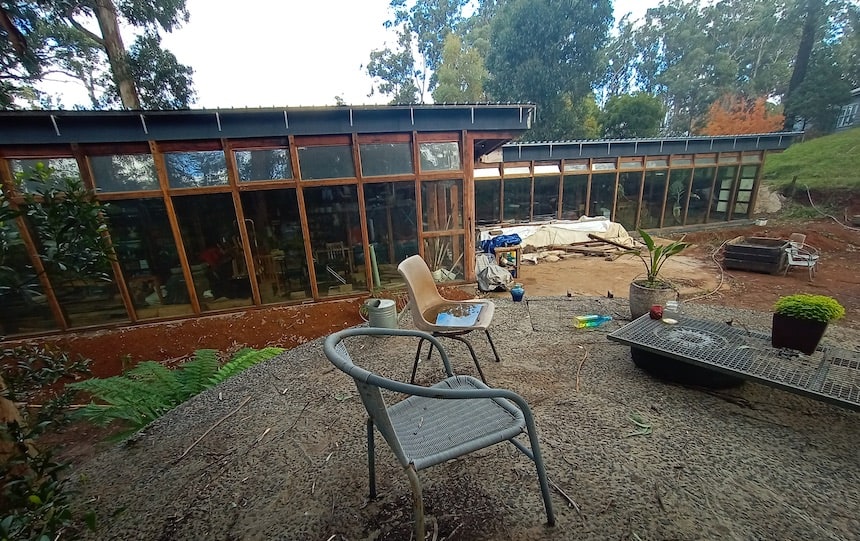 It was a long haul to get to the point of building, with many challenges from the very outset. After waiting five years to get building approval, work on the earthship began in September 2017, with a small crew of “earthship warriors” who together laid the foundations for the southside tyre wall.

In the new issue of Pip Magazine, Daryl takes us through his ambitious earthship rebuild. It’s a truly fascinating and inspiring story and one that is particularly relevant given the recent, equally devastating bushfires of 2019-20.

Pick up your copy of Issue #17 today to read all about Daryl’s earthship rebuild journey. Subscribe to Pip here.

An Off Grid Tiny House on Magnetic Island